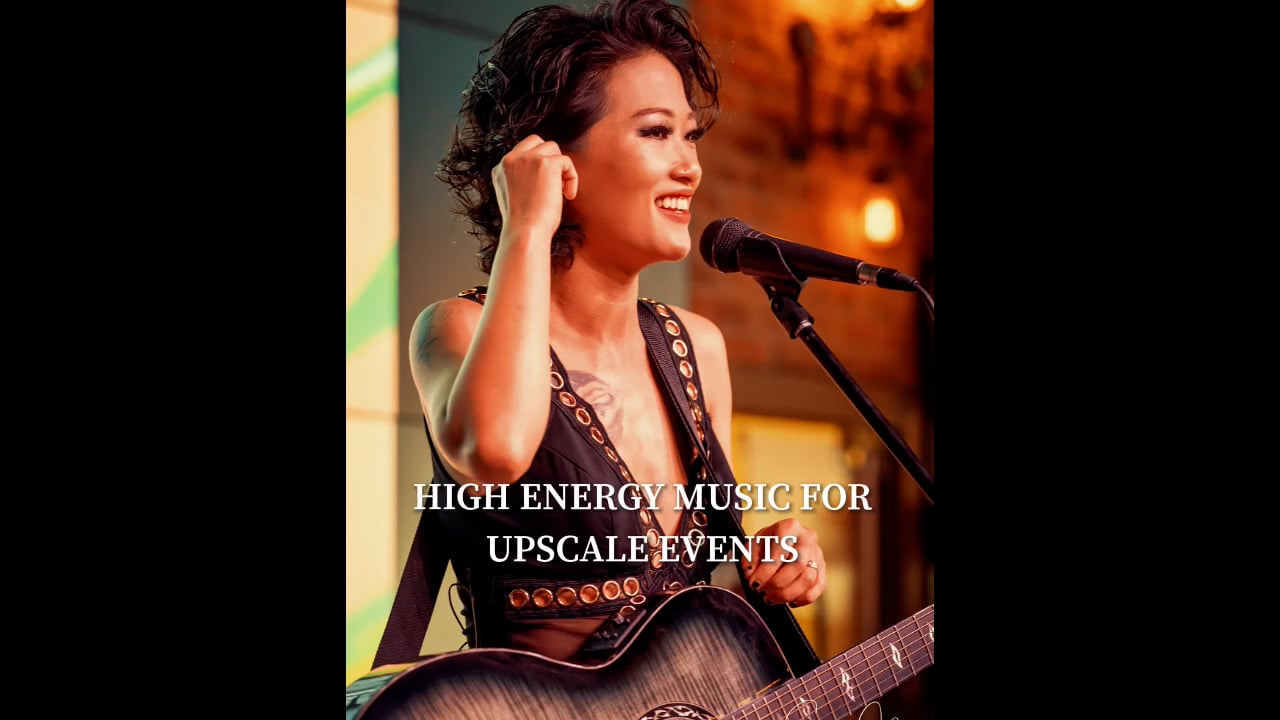 Live Musicians does more than breaking the silence...

With 15 years of experience as the soundtrack to romantic weddings, house concerts, and corporate functions, LOLAH knows how to bring endless joy to your guests, make them feel connected and keep them dancing all night long...

Let's make Your Event the One-Of-A-Kind

LOLAH is one of the most in-demand singer guitarists in the Bay Area with a largest audience of 30,000 people.

Let's talk so I can share with you everything you need to plan the music for your day.

We'll work together to select music for the key moments of your event.

Get ready to celebrate and create memories that you will cherish for a lifetime.

Review by An N.

Words couldn't describe how much joy Lolah brought to the company Winter party... I got so many compliments on her singing and the music choice was phenomenal...Thank you again for enlightening us with your music.

...LOLAH rocked the evening away while all the guests danced...Highly recommended

"Memories" is much more than a song.

So well written, the song presents itself rather like a magnificent poetry, set to music and light thanks to a warm and delicate melody.

With a voice slightly reminiscent of Sarah McLachlan, she gives us a very clean performance, with very professional arrangements and a production up to her talent.

When you're younger you know less and so you fear less. But the feeling of being "young, wiild and free" is so cool in itself. I believe everyone at some point would catch themselves missing that younger self with a smile...

I wrote this song when I miss my life and band back in Vietnam, which is very different from the U.S, where I live now. Vietnam is somehow chaotic but also very dynamic and night life is wild...

Born and raised in a Vietnamese family with a medical background, up-and-coming singer and artist LOLAH's trajectory for music was set at birth. And though she eventually did end up practicing dentistry, the stunning singer soon found her calling through music, adopting music fully in 2018 as a career.

LOLAH has shared stage with established artists and bands from all over the world such as The Vaccines and Frank Turner, The Empty Pockets, Antigone Rising, and Heavy Tigers among others. In 2019, she released her debut album in the U.S titled "Let's Go". The album was her first self-produced album and includes 4 fresh single that fully highlight her genius.

Multitalented, LOLAH plays the guitar, sings and independently produce her songs. Having left dentistry behind, the budding artist boasts a stunning discography that includes her album/EP titled “Let’s Go” which consists of 4 songs, and other notable singles such as “Memories” and “Pull the Trigger”. “Memories” in particular encompasses authentic indie folk and country rock vibes and offers rich and soulful music to relate to. LOLAH’s music has also been nominated for Bai Hat Viet, a big TV show contest in Vietnam.

Her guitar riffs take great inspiration from the hippie era of 70s rock and blend with the vocal melodies of contemporary pop music. Driven by a great stage presence and passionate and high energy, LOLAH is inspired to keep on building on her musical genius and masterful lyricism.

Inspired by icons such as Lady Gaga and Adele, up-and-coming artist Lolah is inspired to use her poetic calling and create music that subtly narrates striking stories, and at the same time represents her iconic musical range and grasp over numerous genres. Using music as a form and medium for empowerment, Lolah is set to soar in the industry of rich indie music.

bands for hire in San Jose

Get 15% off your first purchase when you sign up for our newsletter!

Better yet, see you in person!